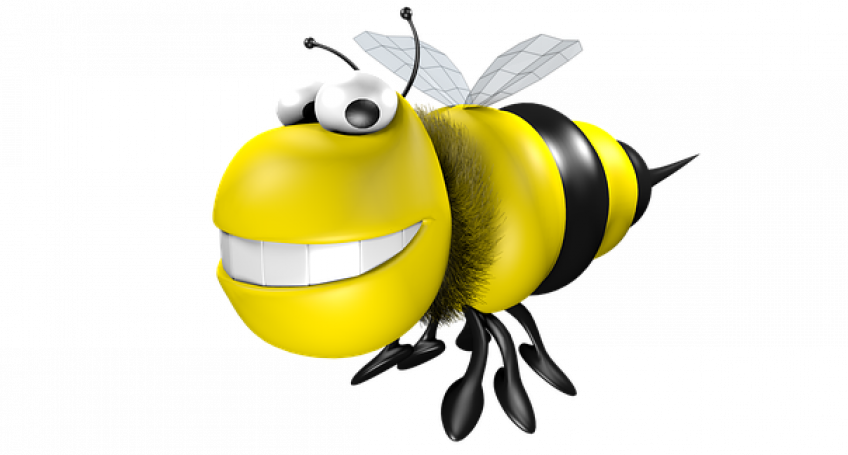 It is now known that bees can count up to four or five items, they are able to choose the larger or the smaller number from a group and even choose ‘zero’ against other numbers after they were trained to choose ‘less’.

Vera Vasas form Queen Mary University of London and Lars Chittka from the Institute for Advanced Study, Berlin, tried to reproduce the way how the bees count. The researchers supposed that bees solve counting tasks not by understanding numerical concepts, but by using specific flight movements to closely inspect items, which then shape their visual input and simplifies the task making it inexpensive from the point the use of brainpower.

To check their concept, the researchers simulated a miniature neural circuit on a computer with just four nerve cells. This very simple ‘brain’ could easily count small quantities of items when inspecting one item closely and then inspecting the next item closely and so on. This differs from humans who glance at all the items and count them together.

This investigation demonstrates that the intelligence of bees, and potentially other animals, can be powered by very small numbers of nerve cells when these are wired together in the right way. The results of the study were published online in the journal iScience on December 14, 2018.

The study could have effect on the development of artificial intelligence because efficient autonomous robots need to rely on robust, computationally inexpensive algorithms. They could benefit from using insect-inspired scanning behaviour.

Vera Vasas stated: “Our model shows that even though counting is generally thought to require high intelligence and large brains, it can be easily done with the smallest of nerve cell circuits connected in the right manner.”